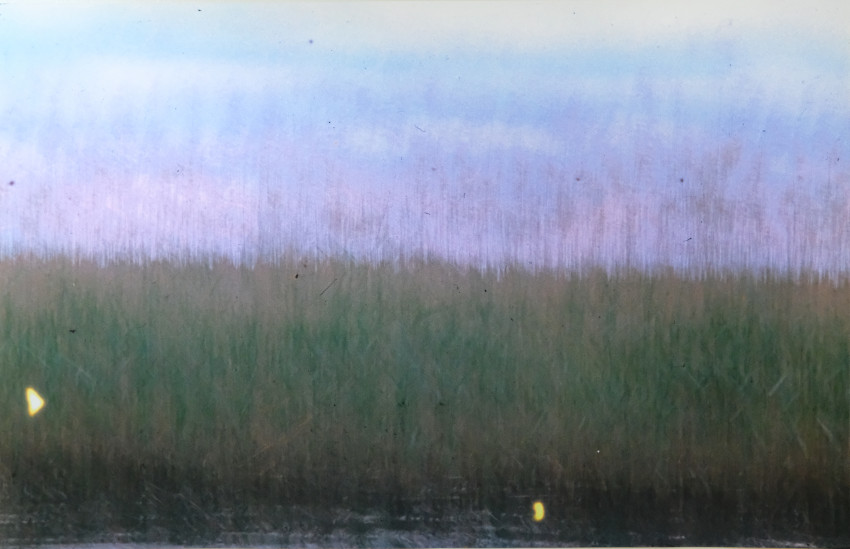 – the shift –
– the fall of monumental ideas of nature –
– unveiling vulnerability –

The series is questioning monumental nature photography. Using one scene, while changing the amount of camera movement, it tries to unveil the vulnerability of nature. The uncertainty that is palpable when looking into the future. The colors are shifted by using a color reversal process on a slide film. In this process the slide film is first developed in black and white developer. Before fixing, it is fully exposed in sunlight and further developed in normal C41 color negative developer and bleach/fixer. Through this process, although resulting in a normal positive slide film, the colors are shifted and the images emphasize an unreal, uncertain feeling.

The amount of camera movement is exaggerated to the point where the subject is disintegrated into a barely recognizable pattern, leaving the viewer wondering over the origin. The picture is almost transformed into a painting.

Using Cyanotype emulsion, colored gelatin and discarded metals from a cellphone some of the images a manipulated further.

You can buy limited prints and the artwork pieces. Just select what you would like, and send me a message.